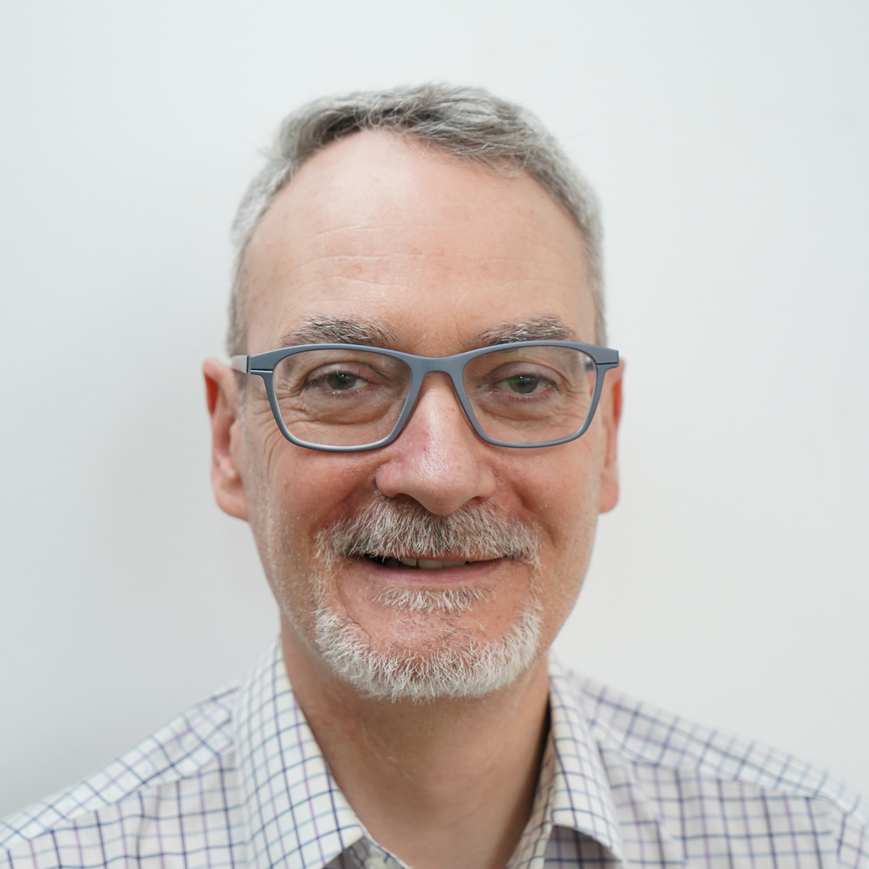 Cooler co-founder. Having graduated in biochemistry, Dave began his career with Deloittes and then spent twelve years working in IT becoming a director of one of the North West’s top IT companies. He then founded a small consultancy and spent ten years working as a management trainer and coach in the commercial sector.

Having spent six years on the board of Friends of the Earth, he chaired the “Energy” writing group of “Manchester A Certain Future”, and now sits on its steering group, chairing the Low Carbon Culture aim.

Dave is an experienced public speaker and advocate and has appeared widely on BBC TV and Radio, ITV, C4 and Sky and in the regional and national press, and recent work has included management consultancy advising a corporate on product sustainability, developing a feasibility study for a sustainable business network, work creating, developing and leading The Carbon Literacy Project, and general advocacy, advisory and chairing work. 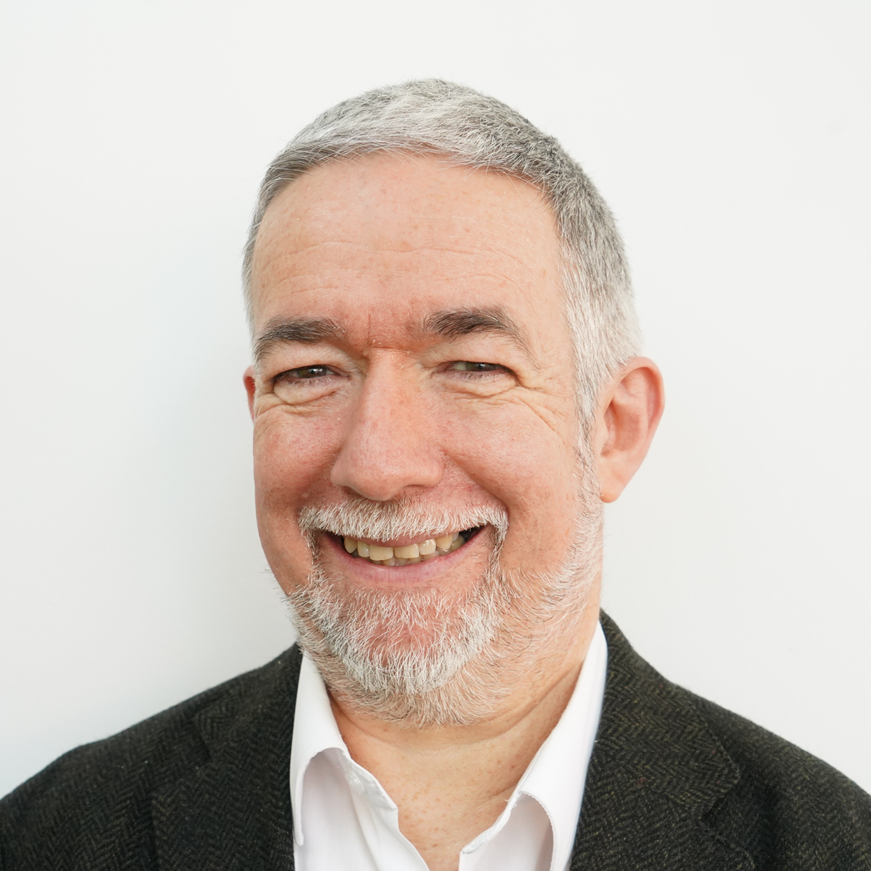 Cooler co-founder. Phil is a long-standing social entrepreneur, broadcaster and community activist based in Manchester. He wants to leave his children ‘a future, not an apology’.

Phil has been a long-time activist for sustainable development, moving from local work with Friends of the Earth in the 1980’s to riding a tandem back from Sydney raising awareness of rainforest conservation in 1990. Having studied law at Manchester Polytechnic, Phil enjoyed a successful career in radio working as a presenter and producer of features and documentaries for BBC Network Radio and working for programmes as diverse as You and Yours and Mark Radcliffe. One of his proudest moments remains giving the first-ever radio airplay to The Inspiral Carpets. Between making programmes Phil delivered media training to a wide range of national and local clients, from the RSPB to Manchester Museum of Science and Industry.

In 1999 he was the moving force behind setting up the leading community media charity Radio Regen (www.radioregen.org) working in community engagement and creating community solutions from the ground up. This work led to a place on the Board of the Manchester Local Strategic Partnership where he sits as an independent member, ensuring a high profile for sustainable development in the City’s over-arching strategies. Phil was also a lead lobbyist in the successful campaign establishing legislation for community radio – working with ministers and civil servants to that end. He is still Director of Radio Regen, working part-time there as Cooler grows.

In 2007 Phil was one of the founders of the high level climate change advocacy network The 100 Months Club, which in turn led to involvement in the drafting of the city’s climate change action plan: Manchester:A Certain Future, (www.manchesterclimate.com) as part of which he led the ‘Buildings’ writing group. He still contributes to the MACF Steering Group and is also a member of the Board of Manchester’s Local Strategic Partnership. 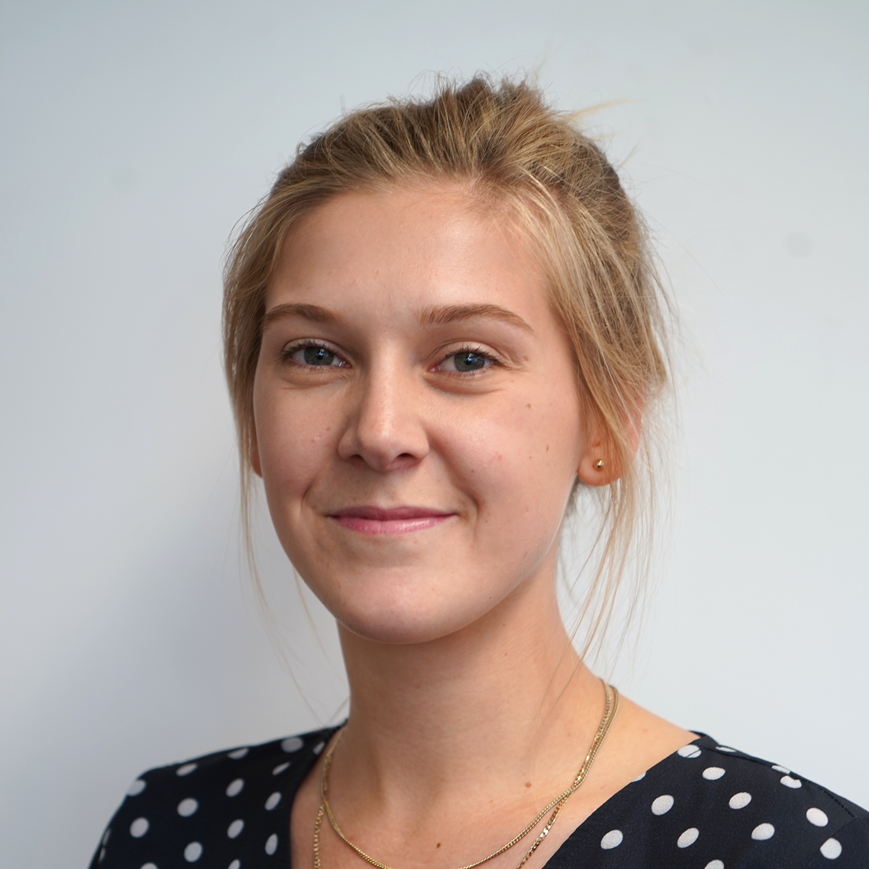 Emma began working with The Project as an intern in August 2016 and, upon completion of her degree, was invited to join the team. Emma has worked for Cooler Projects as Project Coordinator since May 2017, where she oversees the work we undertake, managing our volunteers and new members of the team.

Whilst studying for a BSc Geography at Manchester Metropolitan University, Emma completed a Carbon Literacy course in 2015. As a result of the training, she began directing her career towards one in sustainability and climate change engagement – gaining practical experience with the Manchester Climate Change Agency, MMU Environment Team, and Manchester Museum. Emma went on to become one of the first certified Carbon Literacy Trainers and has since delivered CL training within six organisations across three countries.

Helen first came into contact with The Carbon Literacy Project in 2015 on a CL course at Manchester Metropolitan during her first year of University. She then undertook the Train-the-Trainer course in the Autumn of 2017, to become certified as a CLT. She has delivered multiple days of training to students at Manchester Metropolitan, as well as delivering the world’s first Carbon Literacy for Labs session at The University of Manchester.

In March 2018, she began volunteering with Cooler Projects. After graduating, she moved into the role of Project Administrator in October of the same year. Helen’s work focuses on our Salford Consortium and our customer relations management system. Helen is passionate about spreading the word on how individuals can help mitigate climate change. 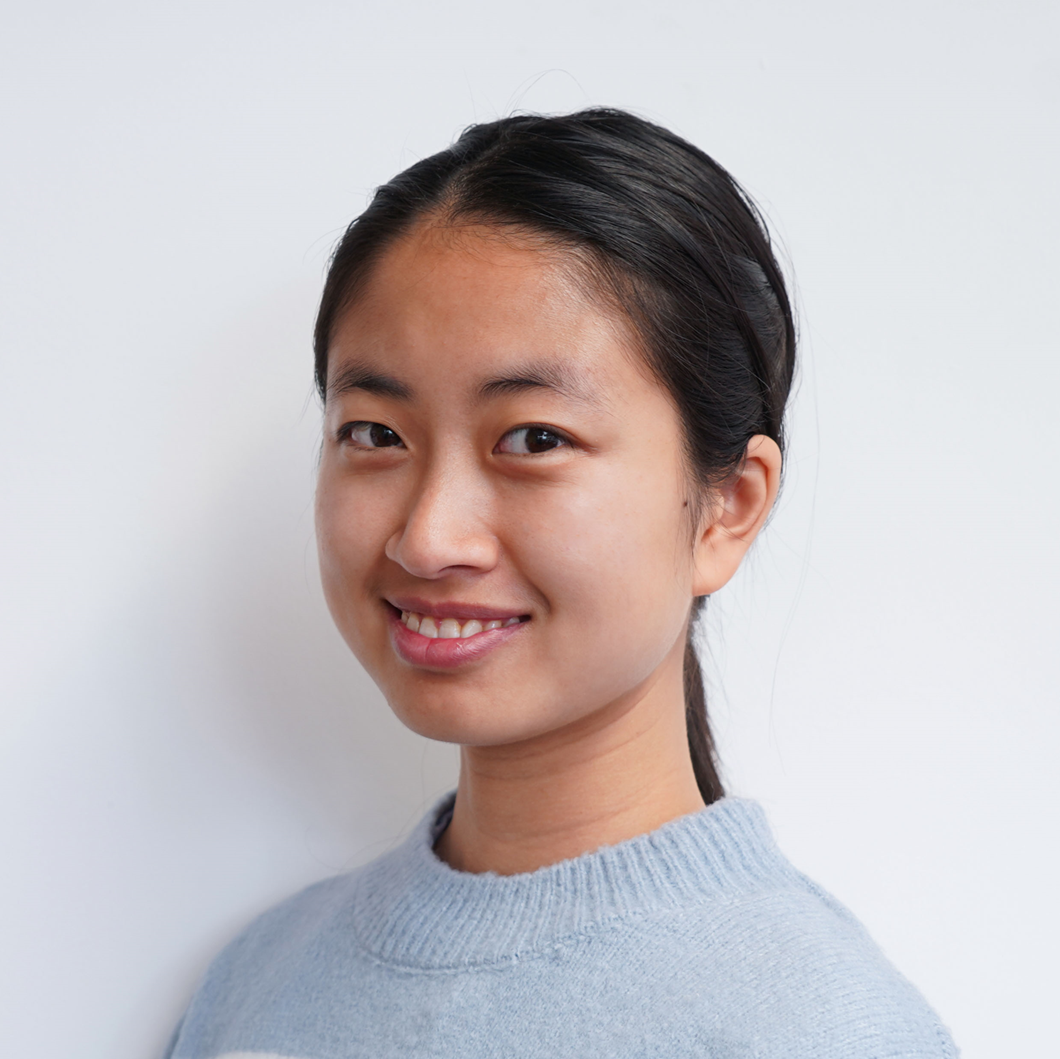 Fiona Ieong,
Certification and
IT Coordinator

Fiona started volunteering with The Carbon Literacy Project in November 2017 and joined the team as our Certification and IT Coordinator in May 2019. Fiona works to maintain our IT and email systems and also oversees the training of new volunteers in our evidence and certification process. 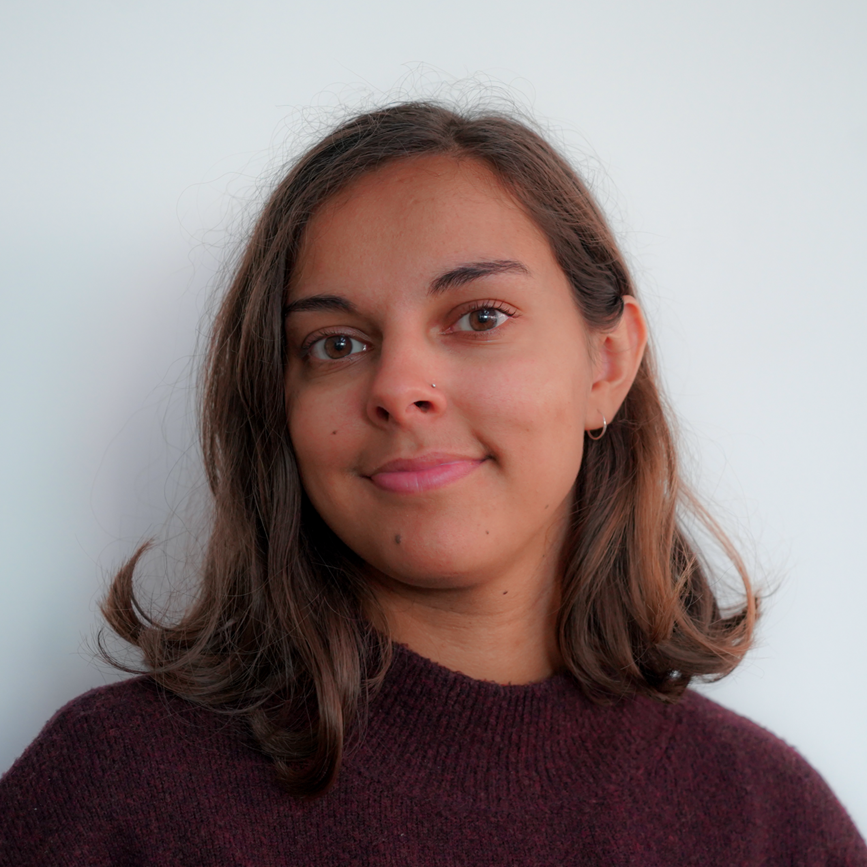 Natalia began volunteering with The Carbon Literacy Project in June 2018 and joined the team as our Public Sector Coordinator in May 2019. Natalia’s work focuses on coordinating the development of the BEIS (Government Department for Business, Energy, and Industrial Strategy) funded suite of public sector Carbon Literacy toolkits, then the piloting and wider roll-out of the materials. 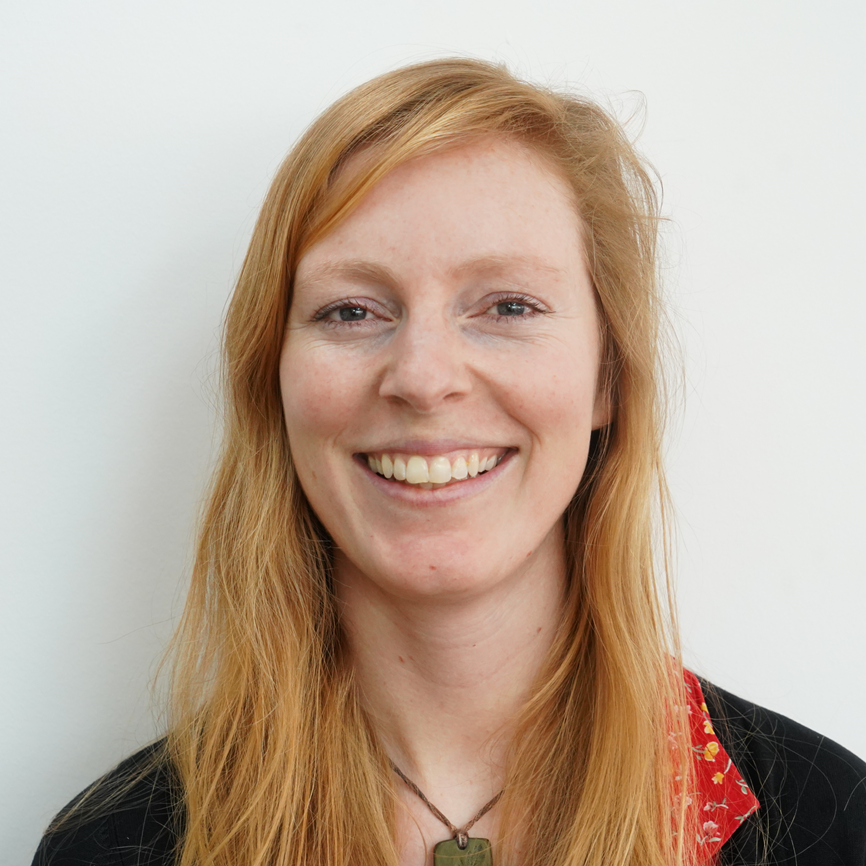 Virginia has been working with The Carbon Literacy Project since 2013. She is currently working one day a week with The Project, as the Fundraising Officer and as Data Protection Officer, alongside studying for a PhD.

In 2007, Virginia graduated from the University of Wales, Bangor with a First Class degree in Zoology with Marine Zoology. In the years immediately following, she pursued a number of ventures, researching human effects on the natural environment—her career passion. Virginia’s involvement with The Carbon Literacy Project reflects her goals of dedicating a working career to helping devise solutions for the biggest crises our planet faces. Within this remit, Virginia is currently completing PhD in Biology—her published research of which is helping fight the case for the protection of global areas of high biodiversity.