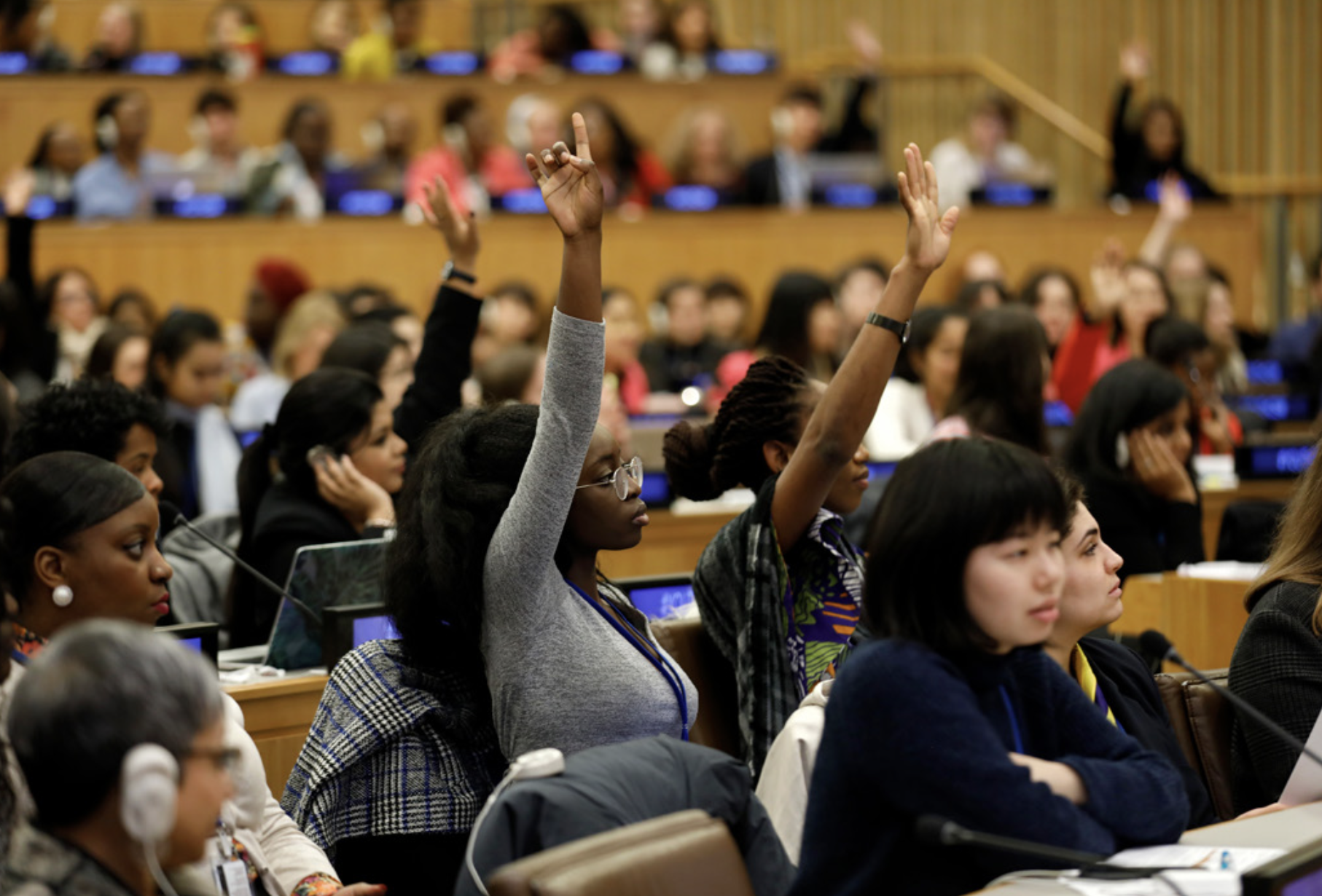 Climate Outreach is an organisation that was founded in 2004 and focuses on the communication of climate change. We are 7.9 billion people on earth with a vast variety of different cultures, values and stories to tell. To mitigate against the worst, and rapidly adapt to impacts of climate change, we need to be united in our approach. To be united, we must all understand the opportunity we have to make change where we are, and be motivated to do so, to which communication is essential.

According to Climate Outreach’s “Theory of Change”, having a weak social mandate results in a vicious cycle of inaction. Whether it be at the local, national or international level, the loop is the same. It starts when the minority of the public identifies climate change as a key priority for them. Consequently, those elected to positions of government haven’t been elected on a mandate that involves delivering on climate action. Therefore, implementing strong climate policies is often not on their agenda, which poses a significant obstacle to meaningful climate legislation. When policies are lacking, corporations have little to no incentive to invest in low carbon options or to create easy low carbon choices. With business as usual, and few low-carbon alternatives, changes to our collective lifestyles to lower carbon emissions are rare, slow, and make minor difference.

According to a British Social Attitude study, conducted by the National Centre for Social Research in 2018, 98% of British people believed that climate change was real and impacting us already. However, only 36% thought that climate change was mainly due to human activity. More than half of the population thought that climate change was equal to human activity and natural causes. When asked how concerned they were about climate change, half of them said that they were “somewhat concerned” (48%), a quarter said they weren’t very worried (28%) and those remaining said they were extremely worried (25%). In fact, more people were concerned about rising energy prices than climate change, as the predicted impacts rising prices could have on the general population was communicated clearly & coherently, with everyone able to understand how they would be directly affected. Due to people identifying rising energy prices as a key concern for them, the government had been consistently putting price caps in place to address these concerns (until 2022).

While the government were trying to keep energy prices somewhat affordable, corporations were investing in new energy sources – including renewables. By 2020, renewables had become the world’s cheapest source of energy and now with rising gas prices, due partly to Russia’s war on Ukraine, renewables are the cheapest option. Having more readily available and accessible renewable alternatives, has encouraged others to switch to renewable energy. This proves that Climate Outreach’s Theory of Change works and can be used to lay the groundwork for real climate action if used effectively. In order to create a real social mandate for climate action, we need to understand how to communicate the disadvantages of not acting on climate change, and the stark benefits of acting early to everyone, so it resonates with their values, motivates people, and raises awareness of the power that we have if we all act together. With a strong social mandate for climate action, the vicious cycle can turn into a virtuous one. 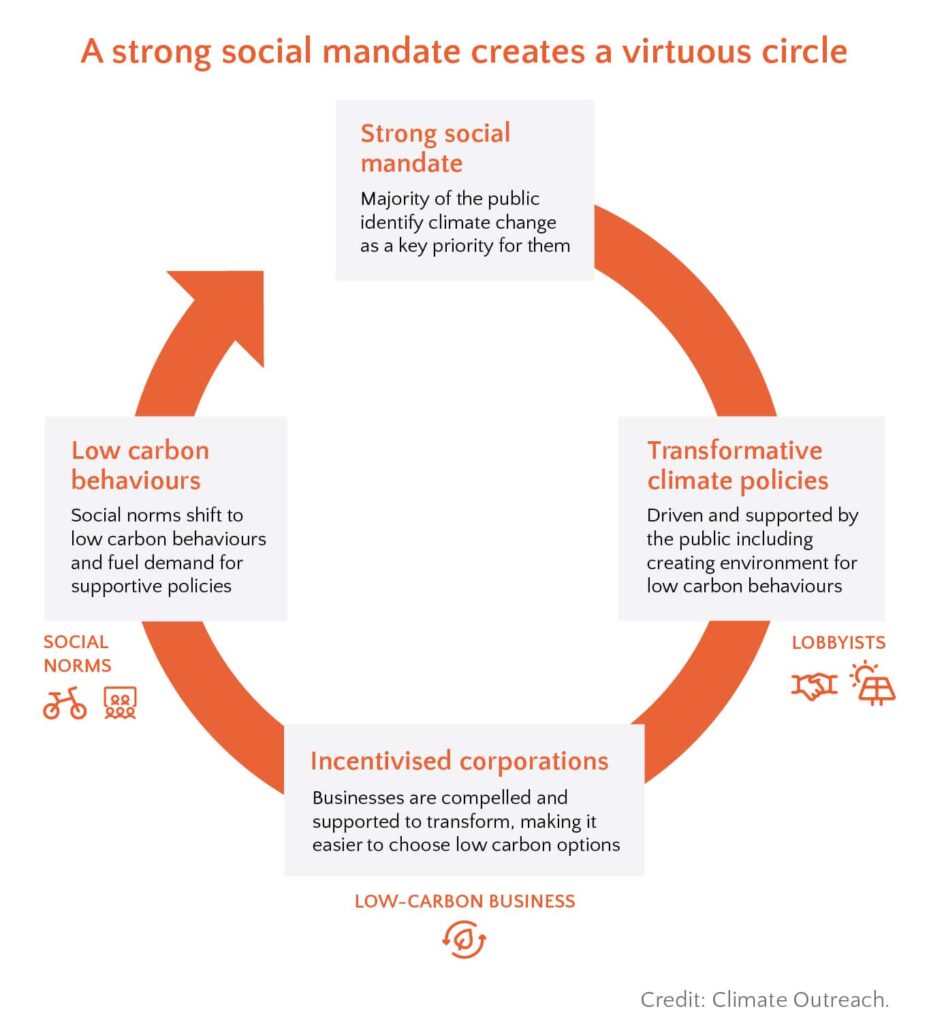 This resonates closely with the aims and objectives of our work at the Carbon Literacy Project. During a CL training session, trainers aim to educate and empower learners to make meaningful changes that will help mitigate climate change, whilst effectively communicating the importance of this to others. Building awareness, and empowering the population contributes directly to building a strong social mandate. Alongside Climate Outreach, we know this is a crucial step in enacting real, positive change. Ultimately, a ‘low-carbon culture change’ is what we are striving for, and we know this won’t be possible without large-scale governmental action. However, the power to initiate this large-scale change starts with people, and a strong social mandate in favour of climate action.

To better understand how you as an individual, or your organisation can get involved with our work at the Carbon Literacy Project, please visit our website, and/or contact us for more general information.