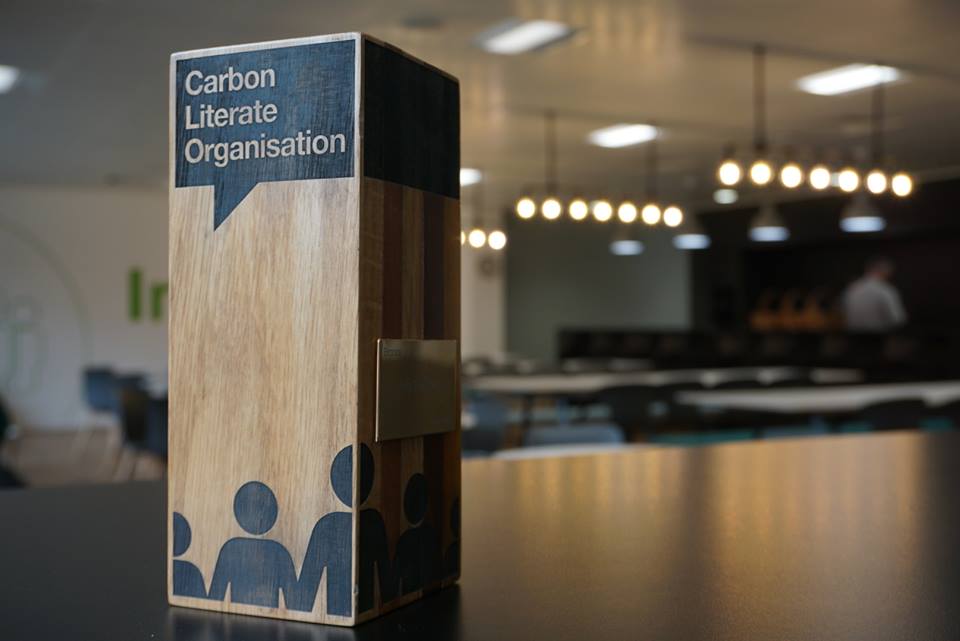 The evening began with a speech from Jon Gilchrist, Executive Director & Deputy Chief Executive of HOME. Jon revealed several of HOME’s actions which have led to them becoming a platinum accredited CLO. Some of their actions include having 100% of their staff being trained in Carbon Literacy, recycling, and a cycle to work scheme.  The speech came to an end by taking a pledge to be single-use plastic free by 2020.

The awards were presented by Cllr Alex Ganotis and Dr. Ali Abbas, Chair of The Carbon Literacy Trust. Of the seventeen organisations, many of the award winners are world firsts:

It was truly inspiring to see organisations representing a number of different sectors including housing, banking, education, arts, local government, and healthcare. Every organisation awarded has demonstrated a commitment to tackling climate change, supporting their Carbon Literate staff in taking action, and sharing knowledge and best practice around Carbon Literacy within their sector or locality. We were very proud to bring all these organisations and individuals together in one room to celebrate their achievements and their moves closer to the carbon neutral goal.

The following organisations have been accredited as:

“Thanks to the team for putting on the event. We had a great time and we are very pleased to have achieved the Silver award.”
Liz Prestbury, One Manchester

“It was a really inspiring evening, great to see so many people from different sectors come together over a common cause.”
George Bissett, The Union, Manchester Metropolitan University