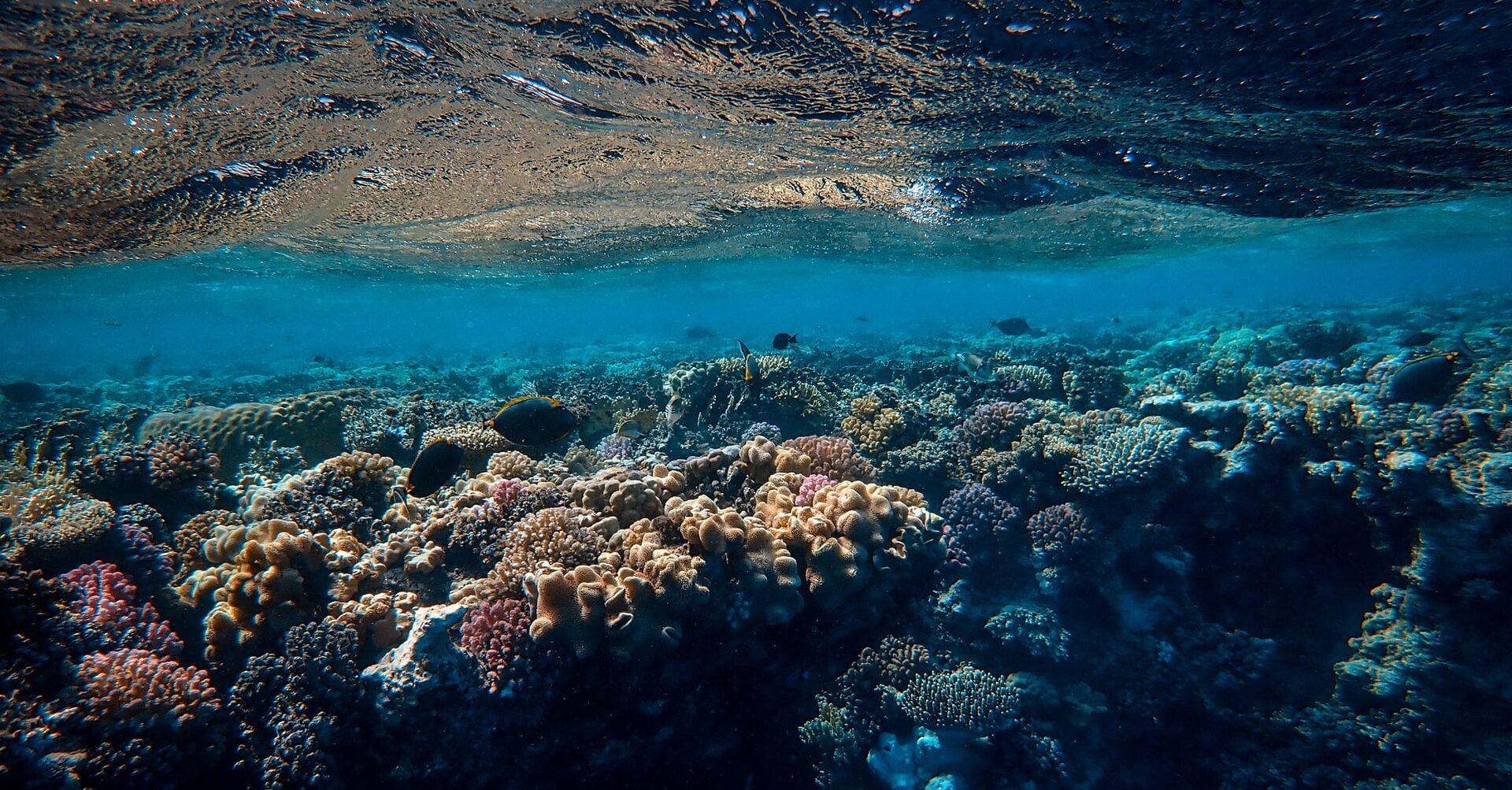 The 8th of June marked World Oceans Day – a day dedicated, by the United Nations, to highlighting the impact of human actions on the ocean and mobilising a worldwide movement of citizens for the ocean.

How does this relate to Carbon Literate citizens, when many of us are far removed from the ocean?

What does the ocean have to do with carbon?

The ocean, which covers 70 per cent of the Earth’s surface, is our planet’s largest natural carbon sink. It plays a crucial role in the carbon cycle, taking carbon dioxide (CO2) from the atmosphere. In the last 200 years, the ocean has absorbed a third of the carbon dioxide emissions produced by humans and 90 per cent of the excess heat generated by increased greenhouse gas emissions (WWF).

So, the ocean has acted as a critical buffer against climate change. But this has come at a cost.

The excess heat absorbed by the ocean causes water temperatures to rise. This warming causes corals to expel the life-sustaining algae in their tissues; a process known as coral bleaching. While coral can recover, more frequent and severe ‘marine heatwaves’ are causing the permanent die-off of coral reefs – important marine ecosystems and biodiversity hotspots. At the current rate of warming, every one of the world’s coral reefs could bleach by the end of the century.

The increasing concentration of CO2 alters the basic chemistry of the ocean, increasing acidity levels; an effect known as ocean acidification. This disrupts many marine species, including corals, lobsters, crabs and microscopic plankton (the foundation of the food web in the ocean) from being able to form skeletons and shells. Ocean acidification compounds the threat to coral reefs. Indeed, scientists estimate that half of the ocean’s coral reefs have been lost since the 1950s.

Rising sea temperatures reduce the supply of oxygen in the ocean because oxygen is less soluble in warmer water. This process of deoxygenation reduces the amount of suitable habitat for marine species and directly affects their health. Since the mid-20th century, the oceans are estimated to have lost about 1–2% of their oxygen store.

As heat is absorbed by the ocean and water temperature rises, water expands; a phenomenon known as thermal expansion. This is one of the main causes of global sea-level rise, which could reach 238cm by 2100. The other is melting land-based polar ice (glaciers and ice sheets), which finds its way into the sea. Ice that forms on polar seas doesn’t add volume and so doesn’t affect sea level when it melts. However, the melting and thinning of sea ice due to rising ocean temperatures has further consequences for marine species and Earth’s climate system.

What does this have to do with us?

The ocean is our planet’s life-support system. It is home to 80 per cent of life on Earth and produces at least 50 per cent of the oxygen we breathe. It is also key to our economy; providing vital ecosystem services, including food and medicine. This means that both how the ocean impacts and is impacted by the cascading effects of climate change are of critical importance to us.

These changes cause a lasting impact on marine biodiversity but also present a potentially devastating impact on the lives and livelihoods of coastal communities and people worldwide. Around 680 million people live in low-lying coastal areas, and almost 2 billion live in the world’s coastal megacities. Moreover, nearly half of the world’s population (3.3 billion) depend on fish for protein, and almost 60 million people rely on the ocean as their primary source of income (United Nations).

Coral reefs are biodiversity hotspots that provide habitat for fish, but they also provide protection for coastal communities and generate billions of dollars for fisheries and tourism. While widespread deoxygenation will result in significant loss of biodiversity, it will also impact fisheries and the communities dependent on them, and cause knock-on effects such as falling tourism and reduced marine ecosystem services. Sea level rise threatens the survival of coastal habitats such as mangroves and seagrasses but also has the potential to displace hundreds of millions of people, as well as cause several trillion dollars of damage per year.

What can we do?

While the impacts of climate change on the ocean are connected in a cascade, so are the solutions. Carbon is at the core. Since rising carbon dioxide emissions are the root cause, cutting carbon emissions is the overarching solution. That is where Carbon Literacy comes in. By taking action to reduce your carbon impact as an individual and as part of a collective, you are mobilising not only as a climate champion but as an ocean champion too.

Celebrate your efforts towards ‘revitalising’ the ocean and get inspired to drive further action by catching up with the World Oceans Day 2022 – broadcast from 8 June.