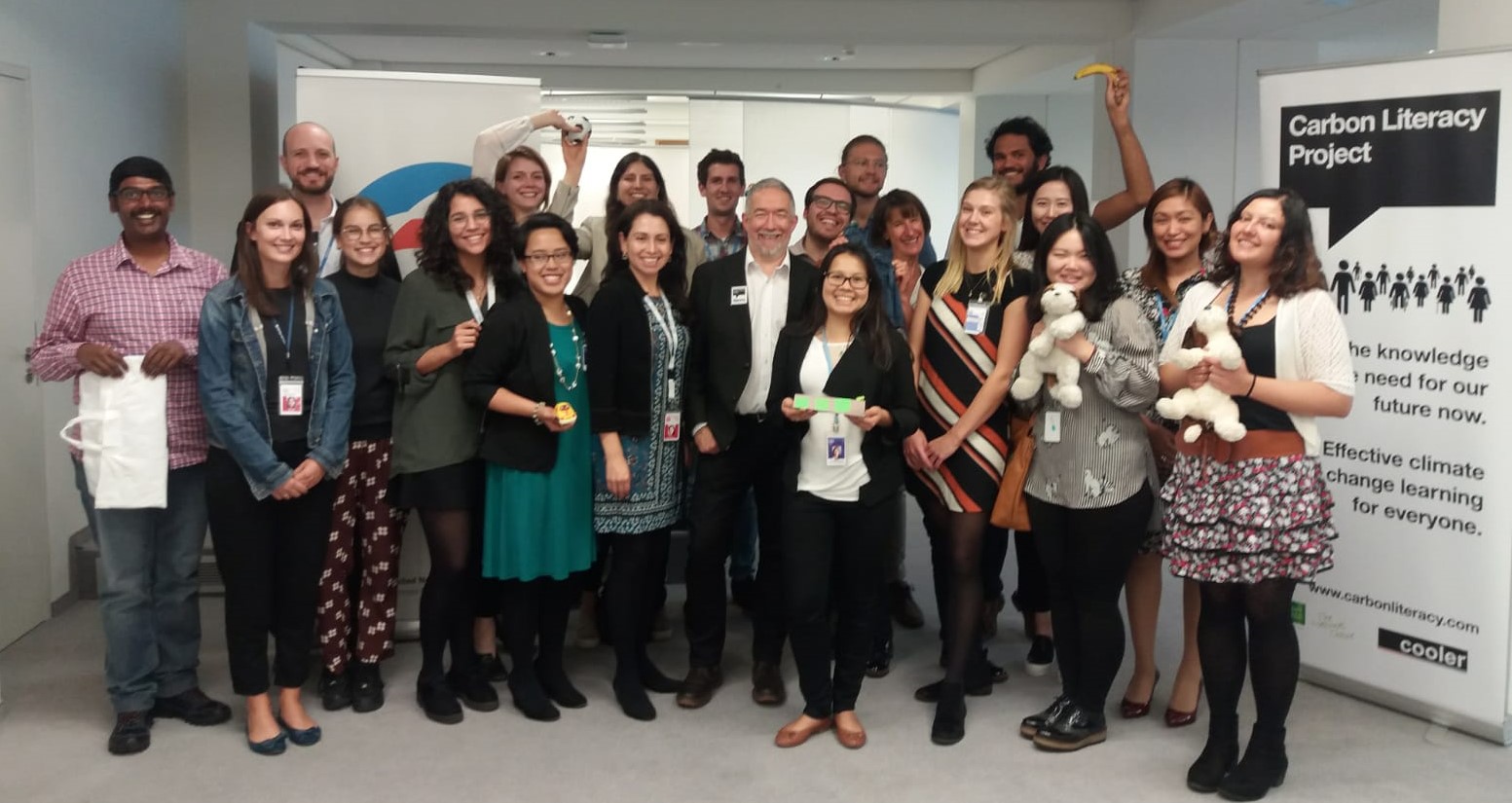 This month, we took a trip to Europe to showcase what Carbon Literacy is, how it works, and the ways it can be applied to an organisation.

The trip itself was made by train, with three of our extended team – Phil Korbel (Director), Sarah McClelland (CL Consultant), Emma Richards (Project Coordinator and CL Trainer) – making the journey. The trains travelled from Manchester to London, to Cologne then… to a mystery location, taking around 10 hours in total which provided plenty of time for final run-throughs and prep for the week.

Once there, we basked in 25 degree (most likely climate change driven) temperatures with sun and blue skies, even though it was mid-October and the average temperature should’ve been closer to 10 degrees. This was great for a bike ride along the river though not so great for delivering a whole day session of Carbon Literacy – our room provided the perfect example of the greenhouse effect!

That being said, delivering the course itself was really enjoyable. The group of participants were a mix of interns and staff from an organisation already engaged with the climate change agenda, meaning there was a real buzz in the room and great discussions took place. It was particularly rewarding for these individuals to feedback that they’d really got something out of the session that they could take back to their work, home life, or home country and use to make more of a difference.

We also received some really constructive feedback that we should further emphasise the option and responsibility of individuals to contact their MP’s to show them that their constituents take these matters seriously, and so should they!

After such a positive visit we hope to be able to work with this organisation much more in the future, and hopefully, on those occasions, let you know who it is that we’ve been working with.