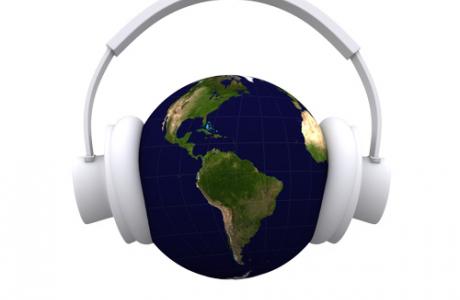 We select our top 5 songs that advocate for a sustainable future. Check out the lyrics!

Coined as “the protest song the world has been waiting for” by NME in 2015, Kate Tempest hits home with these provocative lyrics. ‘Europe is Lost’ covers topics of climate change, poverty, loneliness, greed, addiction, inequality, patriotism, pornography and politics. Tempest had a “wayward youth”, living in squats and “hanging around on picket lines rapping at riot cops”. She describes the 2003 protest against the Iraq war as a “point of disillusionment” when she saw that the demand from millions of people did not change the direction of the war. She is an advocate for art activism and uses her creative musical ability to bring about social change, an attitude that we believe is vital to create a meaningful impact to a modern audience.

‘Big Yellow Taxi’ was a hit in the UK at No.6 in the charts when it was released in 1970. The lyrics were inspired by a trip to Hawaii where Mitchell describes being heart broken at the sight of parking lots as far as the eye could see. This song is timeless and despite its age it is still, unfortunately, very relevant today.

The line D.D.T is a reference to Dichlorodiphenyltrichloroethane, a pesticide that has detrimental impacts on wildlife, water and human health. It was strongly apposed in the 1962 publication of Rachel Carson’s book ‘Silent Spring’, who questioned the logic of broadcasting potentially dangerous chemicals into the environment with little prior investigation of their environment and health effects.

The succinct, rhythmic and provocative nature of this song gives it a lot of power and potency. Writer Yasiin Bey (Mos Def) uses facts, rhyme and evocative language in hip-hop style to bring this message home, making it appealing to a new audience.

Bey grew up in Brooklyn, New York, in the difficult times of the 80s and 90s, giving him insight into the darker side of life. In his career he uses his creativity to bring light to important causes.

‘New World Water’ raises awareness of water pollution. He mentions ‘Fluorocarbons’ which are greenhouse gases found in fridges and aerosols, and Monoxide, which refers to Carbon Monoxide, a gas which is toxic to humans and animals. Since the writing of the song in 1999 the use of these gases in industry have been actively reduced, but there is still much more work to be done.

Written in 1980 but released in 1992 as a song that plays homage to ‘mans greatest adventure’: the 1960 Apollo Mission to the Moon (referred to as the ‘sleeping satellite’).

This emotive song was written 20 years after the first moon landing and Archer’s lyrics refer to the little progress in space travel/exploration we had made in that time despite our abilities. She talks about the ‘rush of the race’ and the drive that enabled humans to land on the moon. Here we found a parallel with humans journey to make a sustainable planet, it is a very achievable concept yet it requires that ‘rush of the race’ and the drive to make it happen.

Written by Thom York, whilst suffering poor mental health, in 1995. At the time of the song’s release, there was a sense of frustration among Generation X at the disillusionment that comes with living, loving and surviving in our hectic modern world. This frustration is still prevalent now as plastic has become a dominant part of culture both in its material quality and in what it symbolises.

The song portrays a feeling of claustrophobia as there seems to be no escape from the plastic, manufactured, man-made world it describes. However, we must remember there are plenty of lifestyles that give people relief from plastic culture. People who are able to access nature, and have genuine connections with people and objects, are often reported to be healthier and happier in both body and mind.

Written by Jane Boston whilst fracking protests were prevalent across the UK in 2016. Siren are musical activists from Brighton who formed in the 80s performing their own songs and theatre with a social agenda, particularly regarding women rights and political scandals.

The issues we are facing with climate change are entangled with political schemes and interests making it very hard for positive change to happen. Having a carbon neutral society is possible but it requires both public and political interest to make it happen. Music for protest, alongside many other creative forms of protest, play a big part in making the demand for a sustainable future. Once enough pressure is placed on politicians they will respond to public interest and make these vital changes.