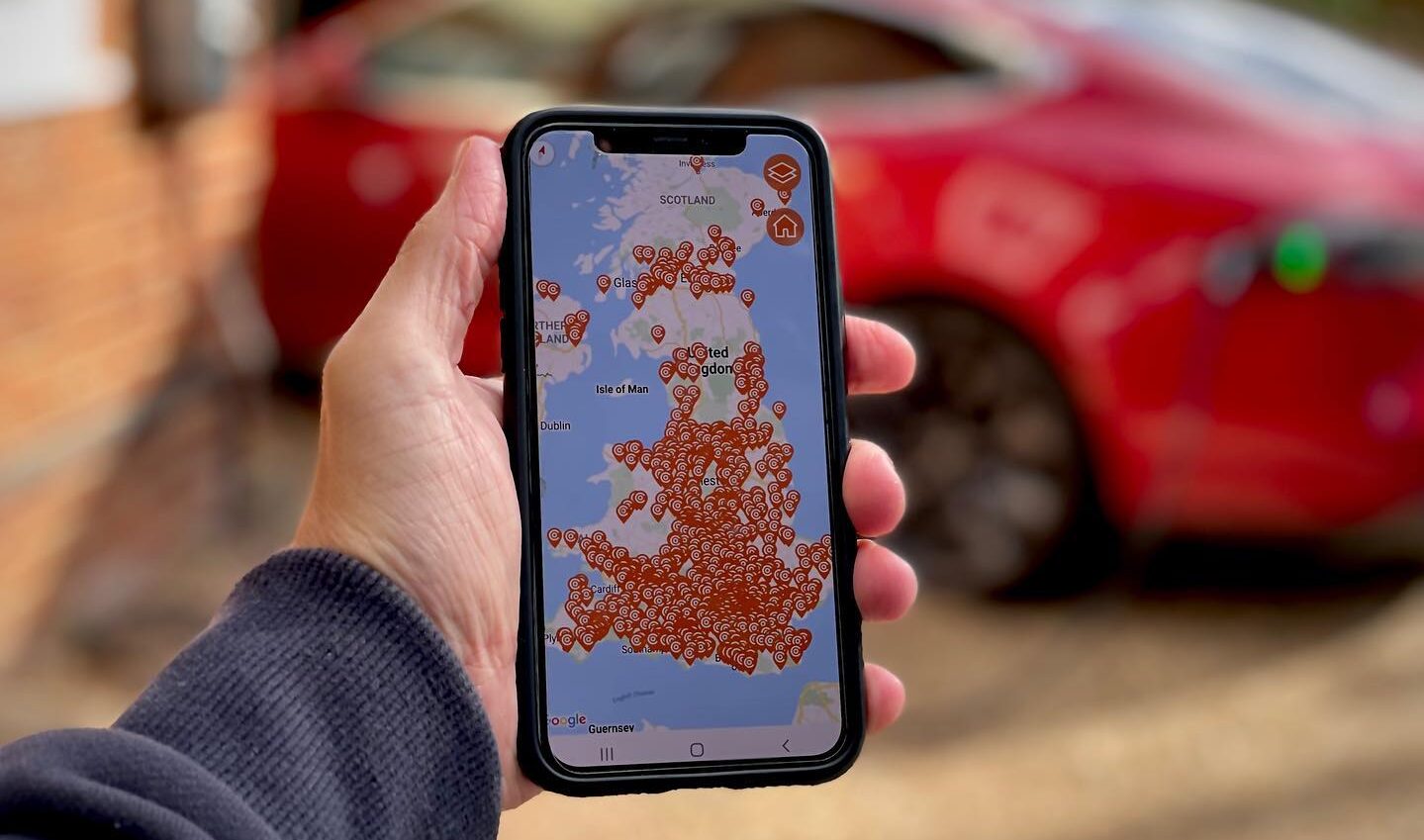 What’s stopping you from switching to an electric vehicle (EV)? If you could increase the number of charging points available to you by a factor of 10 overnight, would that give you the confidence you need to take the plunge? Co Charger may be the answer you are looking for. The app already makes EVs more viable for 10,000 people in the UK.

Switching to an EV saves an estimated 1.95tCO2e per year, making it the most impactful way for each of us to reduce our transport carbon footprint other than living entirely car-free. However, working out where and how to charge an EV can be a major barrier, discouraging some people from making the switch.

Around 4 in 10 UK households are unable to charge their car at home because they live in a flat or a terraced house or have no access to off-street parking. For them, the only option is to seek out a public charger that could be miles away, might cost twice as much as charging at home, and, on arrival, might be out of order.

The Co Charger app was created to solve these issues – and Co Charger was founded by someone who has experienced it all first-hand.

When Joel Teague bought his first EV, he had no home charger for the first six weeks of ownership. Instead, once a week, he would park his car on the drive of the friend who convinced him to get an EV, leave it to charge overnight and walk home. When he collected the car the following morning, he would pay his friend for the electricity and then drive off to work.

The arrangement wasn’t without its problems, however. How much should you pay someone else for the electricity and the use of their charger? What if the friend forgot that it was Teague’s turn to use the charger or needed it themselves? Or what if Teague wanted to change days because his car didn’t need charging quite yet?

Enter the Co Charger app, which pairs drivers (‘chargees’) with people living nearby who have chargers (‘hosts’). Using the app, the driver can identify local charging points and book a timeslot to charge their car to suit them, and pay the rate per hour set by the host. Both parties get a reminder of when the chargee will be using the charger. While drivers can use the app to find chargers right across the UK, the aim is to help drivers find a local charger within their community; hosts see the same drivers regularly, not a series of strangers.

Co Charger has caught on. It has just surpassed 10,000 users in the UK within 18 months of launch. It has also coined the phrase ‘Community Charging’, which has made its way into the Government Electric Vehicle Infrastructure strategy, indicating that it is likely to become a core pillar of the EV adoption landscape for the foreseeable future.

In fact, Community Charging is the quickest way to build the EV charging landscape. There are an estimated 400,000 private EV chargers in the UK, meaning that there are between nine or ten private chargers for every public charger. If just 10% of the people with a private charger were to sign up as Co Charger hosts, the number of chargers in the UK would double, making an EV even more viable for more drivers and accelerating the transition to a more sustainable transport network.

It doesn’t stop there. Co Charger has its sights on other countries, including Belgium, Ireland and New Zealand. To make this happen a number of things have to come together. Tax and liability laws have to facilitate Community Charging. Hosts need to develop and build a degree of trust in the process. However, Teague notes that so far Co Charger has not had to do much to encourage hosts to sign up. They target a relatively small proportion of the people with a charger at home, but many are keen to do as much as possible to reduce emissions and air pollution and thus support the initiative. Finally however, it takes wide-scale culture change.

For Teague, that is where The Carbon Literacy Project comes in. Increasing levels of Carbon Literacy support that culture change by giving people both motivation and clear, practical direction as to the meaningful actions they can take to reduce their carbon footprint, both at home and at work. Climate change can feel very remote for some people and can appear very difficult to influence. Carbon Literacy training breaks it down into simple steps. Something as straightforward as checking the Co Charger map to identify a few friendly neighbourhood hosts may be all that is needed to convince someone that an EV could work for them, and the carbon saving and carbon reduction actions cascade from there.

Teague’s ambition is that owning an EV becomes like having a “mobile phone on wheels”. You don’t think about where or how you charge your phone; you plug it in overnight, and it’s ready to use in the morning. You shouldn’t have to worry about how you will charge your EV.