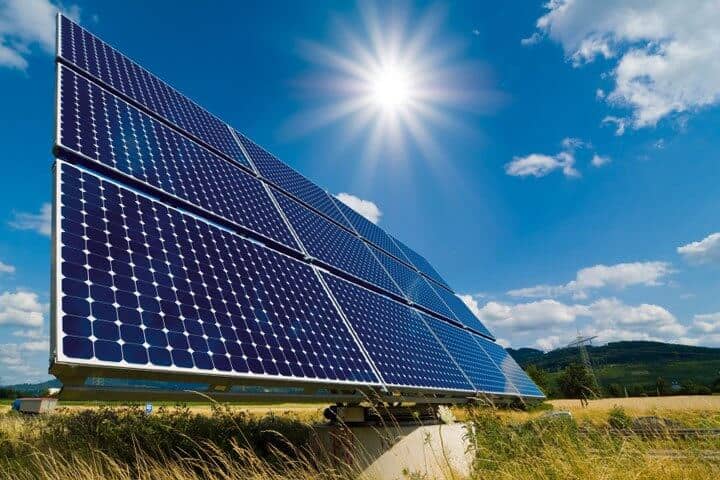 The International Energy Agency (IEA) has recently released its World Energy Outlook for 2020, which offers a detailed look into changes in worldwide energy capacity over the past year. A major finding is that, worldwide, solar power has become the cheapest source of energy in most countries, and is now characterised as ‘the cheapest energy ever’. Fantastic news! This year’s report shows that due to lower costs of capital, solar energy is between 20 – 50% cheaper today than the IEA estimated last year. Significantly, the costs associated with creating new solar energy capacity are much lower than the costs for new coal plants, and in the same ballpark as the costs associated with existing coal plants in India and China.

As a result, the IEA has revised its outlook for the next decade and predicted that, buoyed by solar energy, renewables will be the world’s most popular energy source by 2025 and will constitute 80% of the world’s increased energy demand by 2030. Another notable change in the IEA’s outlook is that there will be ‘record-breaking additions in new solar capacity every year from 2020’. Evidently, the IEA is predicting that solar energy is going to become more readily available, with new electricity networks and storage technologies being developed, which is a positive step towards reducing global carbon emissions.

It was also reported that the coal industry has taken an 8% hit in the midst of the Coronavirus pandemic, one which it will likely not recover from according to the IEA, and coal capacity is set to decrease in India, the US and Europe, for the first time in IEA reporting history. Whilst this does appear to be positive news for the climate, the IEA’s 2020 Outlook holds some sobering statistics regarding the future of the fossil fuels industry; as even with these reductions in coal capacity, we are still currently on track for a rise in temperature above 1.5C. According to the IEA, under their predicted pathway, renewables will make up 3/5ths of new energy demand by 2040, but coal will remain the largest single source of primary energy; unless more action is actively taken by world governments, net-zero emissions will not be achieved until 2070. This is coupled with warnings that we’ve not yet reached peak oil, with potential for gas demand to rise too. Ultimately, the report offers a clear summary that – though renewable energy, particularly solar, is becoming cheaper and more accessible – the fossil fuel industry will remain over-represented in global energy usage unless more is done to change this.

The IEA has also, for the first time, undertaken a detailed analysis of the ways that changes to individual behaviour can reduce carbon emissions. According to the 2020 report, behavioural shifts will have to play an important role if the world is to reach net-zero emissions before a 1.5C temperature rise. Some of the findings include recommendations on working from home post-pandemic – for example, if the 20% that can work from home, did so one day a week – 18m tonnes of CO2 would be saved globally due to the differences between commuting emissions and residential emissions. In the context of a pandemic in which working from home has been normalised significantly, these changes appear more achievable. Other important actions highlighted in the report include turning off air conditioning, reducing air miles, and walking or cycling trips of less than 3km. The report estimates that 60% of these changes could be influenced by governments through regulations and laws, citing examples from cities across the world, and again, emphasising the need for governments to take positive action on climate change, whilst also showing that individual agency and behavioural change can have an impact on global emissions.

Carbon Literacy has always focused on empowering individuals within their own setting, motivating and inspiring citizens towards creating a meaningful, impactful, low-carbon culture. The impact of behaviour change should not be underestimated, as it is not technology alone that will enable us to meet our national and international net-zero carbon targets. The World Energy Outlook 2020 offers some hopeful statistics on the rise of cheap renewable energy, in the form of solar and wind power, but ultimately emphasises the need for governments and individuals to continue taking positive action on climate change and energy usage, to ensure that net-zero emissions are reached before a 1.5C temperature rise and that our planet remains habitable for our lifetime, as well as for future generations.