A 10 Point Plan in Wales – Including CL 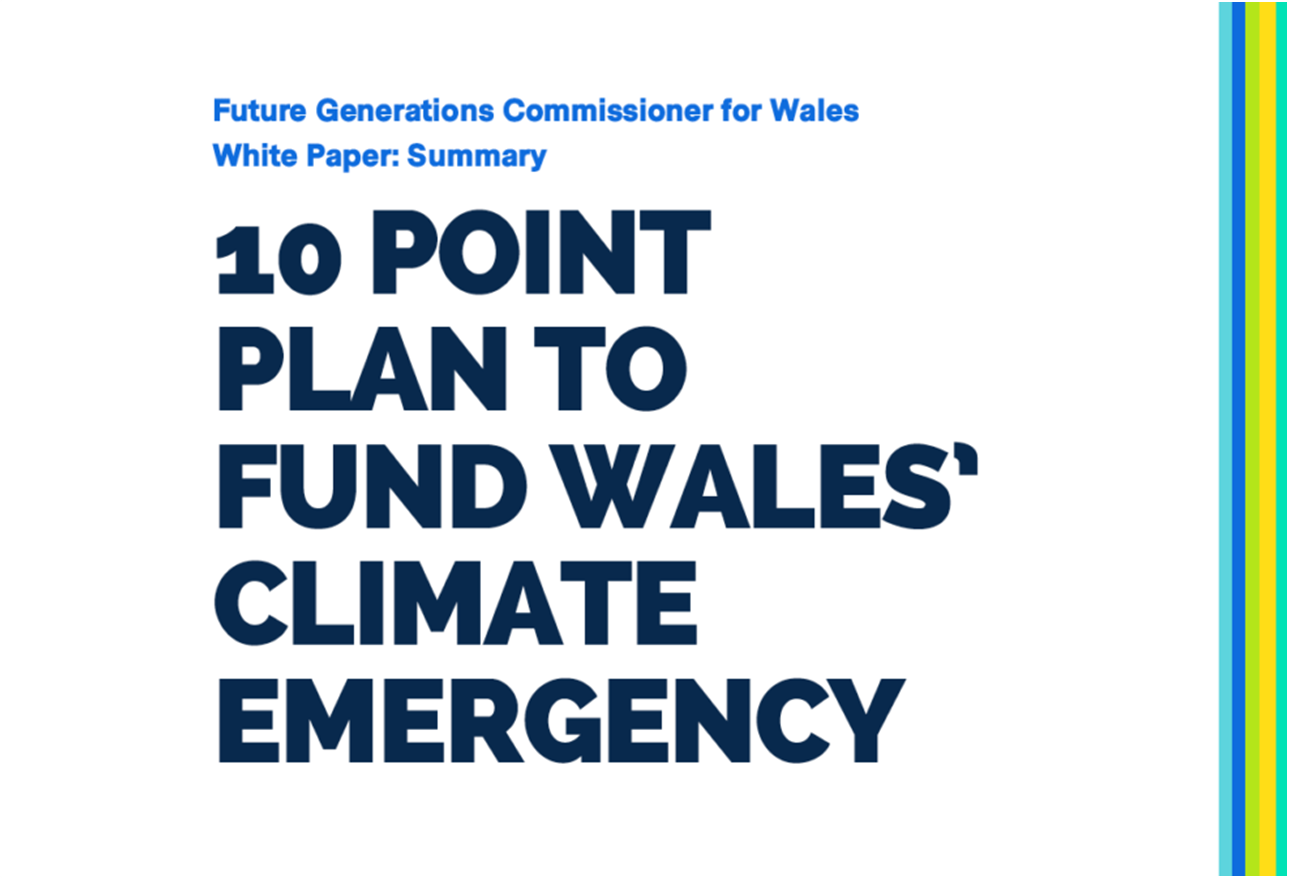 Previously we wrote ‘So You’ve Declared a Climate Emergency… Now What?’, the Welsh Government have recently released a white paper plan answering exactly that question. The Future Generations of Wales Office has produced a 10 Point Plan to Fund Wales’ Climate Emergency focusing on funding and how Wales plans to tackle the climate crisis.

In understanding the breakdown of our climate, the greatest threat to our generation, they have budgeted a whopping £991 million to invest in the action needed to reach zero carbon by 2050. This sounds like a lot of money… which against many measures, it is. However, it is broadly representative of the UK Committee on Climate Change’s estimate of £30 billion between now and 2050.

Firstly, transport would see increased investment for active travel infrastructure, such as walking and cycling (approx. £60 million in 2020-21 budget). Increase for public transport funding was next on the list, proposing at least 50% of the Welsh Government’s transport capital budget be spent on improving this mode of travel and making it a realistic alternative for citizens across Wales (approx. £150 million). As both active travel and public transport may still be out of reach for the more remote areas of the Welsh countryside, approx. £30 million per year has also been budgeted to encourage uptake of low emissions vehicles, hopefully met by a mixture of public and private investment.

Next up, housing and buildings would see a total investment of £330 million. All new builds (homes and public buildings) from 2020 would ideally be zero carbon, requiring ongoing support and funding. The need for a national housing retrofit programme was also highlighted, focusing firstly on social housing and those in fuel poverty. Although such a programme would be expensive, savings per household, national health service savings, and the wider co-benefits far outweigh the cost.

Renewable energy is in line to receive a £200 million chunk of investment in the next budget (2020-21), as a kick start to cultivate a 100% renewable energy, self-sufficient Wales by 2035; again, through a mixture of public and private investment. Breaking dependence on fossil fuels is key to the success of any plans made to tackle the climate emergency.

In terms of land use and nature-based solutions, multiple approaches have been proposed to target planetary recovery, totalling £221 million in the next year’s budget. The first important step is to radically increase tree cover throughout Wales over the next two decades, bringing a multitude of environmental benefits. Rural life and agriculture are an important part of Welsh life and culture, and therefore supporting the adoption of low carbon agricultural practices and re-thinking land-use practice is another key aspect of the plan. This also goes hand in hand with promoting nature-based solutions and green infrastructure if a zero-carbon Wales by 2050 is going to be achieved.

The report clearly states that future Welsh Government financial budgets need to clearly align with carbon budgets from 2020 onwards to ensure that the actions needed to achieve targets are backed up by investment.

Finally, other levers listed in the plan include a focus on decarbonisation as a key principle and driver for all decision-making within planning, public sector procurement and pension fund investments. We were delighted to see that this is to be supported by a programme of Carbon Literacy training throughout the public sector.

Engagement with Carbon Literacy will accelerate the delivery of this plan making the urgency more comprehensible, the actions more obvious, and crucially the benefits of a zero-carbon Wales more real.