So You’ve Declared a Climate Emergency… Now What? 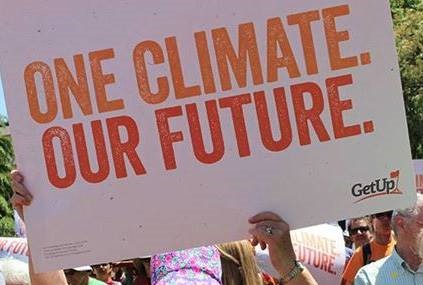 After the release of the IPCC report in October 2018 detailing the worryingly short amount of time we have left to tackle widespread climate breakdown, and the pressure put on government by groups such as Youth Strike 4 Climate and Extinction Rebellion, there appears to have been a shift in consciousness around climate change, by citizens, organisations and authority alike. In the UK, multiple local councils have declared a climate emergency, along with the Scottish and Welsh Governments, and UK Parliament. The move to declare a climate emergency has in many cases then been followed by the announcement of an accelerated zero-carbon target.

These are great, much-needed actions, but what do they actually mean? Do organisations and individuals understand what this entails? Are they equipped with the knowledge they need to undertake the work?

This first step (if you’ve not already)  after declaring a climate emergency is important so that everyone knows and can see what they’re working towards. In the case of the UK, they’ve set a 2050 carbon-neutral target, which it has to be said is somewhat behind other targets such as Greater Manchester with 2038, and even further behind many more progressive areas such as Leeds which is pushing for a 2030 target. Any target is better than none at all as it provides something to aim for, however, it is far better to aim too high, give it your all and perhaps miss slightly, than to aim low and not achieve the necessary reductions we need to avoid runaway climate change

Key to any target is deciding on a path of action to achieve the goal in front of you, without which the chance of success is much less likely. In terms of a carbon-neutral goal, the plan must encompass all aspects of the local area/organisation, including – infrastructure, land-use planning, energy & utilities, transport, economic development, and the ways people engage and interact with these spheres. As part of planning to ensure equity, a citizen’s assembly inside the organisation/local area may be convened in order to fairly decide what needs to be done, and how to go about doing this, in a way that benefits and is feasible for all residents. Once everything has been accounted for, necessary changes can begin to be made in order to clear the path towards zero-carbon – though hopefully some of these will have already started before the plan is finalised (we are in a crisis after all!). Some things will be easily done, whereas others will require bigger structural changes. However, two things are certain, 1. we must start making these changes now, and 2. it will involve the cooperation of everyone. For ideas and inspiration, Manchester’s plan can be found here.

As mentioned above, although we know we need a clear pathway to work out all the minutiae of a zero-carbon target, we also can’t afford to wait to take action as we need to start reducing our carbon footprint now!  These immediate changes and action are necessary now as the declaration suggests… it is an EMERGENCY! So whilst a plan needs to be formulated, action needs to start as soon as the emergency has been declared (if not before). As Geta Thunberg has repeatedly said, ‘I want you to act as you would in a crisis. I want you to act as if our house is on fire. Because it is.’ Some easy ideas on how to get the ball rolling individually can be found here, and the most effective ways to act on climate change as a nation and globally can be found here.

In order to ensure cooperation and enthusiasm for action, it is crucial that everyone impacted by the climate emergency declaration understands the topic of climate change and how this relates to carbon reduction within their own lives, as well as in their workplace and community settings. Educating those within your place of work, study or community can help achieve this, and Carbon Literacy training can be a great way of achieving this. Carbon Literacy also goes a step further, not only providing an educational baseline but also requires individuals and organisations to commit to significant carbon reduction actions, transforming the learning into real-time action on climate change. Education is key to climate action as, unless the understanding of why actions, measures or laws are being put in place (and these are done fairly), sometimes great actions can receive push-back from those who do not grasp the essentiality of these actions in the long run, purely looking at how it might impede on their lives short-term.

To ensure the success of any enacted plan, measuring and reporting throughout are necessary to keep track of progress (or not in some cases). This also enables you to assess where you’re up to, what’s going well, and what needs to be done differently to reach specific targets if you are off track. Only by measuring and reporting are you able to have this process of reviewal which is key to reaching the very realistic end goal of a zero-carbon society. As important as it is though,  it’s also important to not get bogged down in reports and proposals in lieu of taking actual, meaningful action. It’s far better to get started and change approach than it is to wait around for all the i’s to be dotted and t’s to be crossed then realise you’ve overshot your targets.

The challenge of the climate crisis is of such great scale that we can’t possibly think of tackling it alone – personally, as a single organisation, or localised council. It’s important that you start to take the first steps, but then take time to lead, encourage, follow, ask questions and collaborate with others to enhance the speed at which we can acts. Motivate and inspire with your success stories, but be willing to recognise other’s successes and follow suit too.

To some, declaring a climate emergency may seem like the time to panic and despair. However, it’s been said that one of the best remedies to feelings of despair is action – feeling like you can and are making a change, and seeing that effect on our planet is rewarding and inspires you to keep going with that journey. So, if you’ve just declared a climate emergency in any capacity… now is not the time to panic. It is time to act!