Before the Flood- The Best Climate Film Yet? 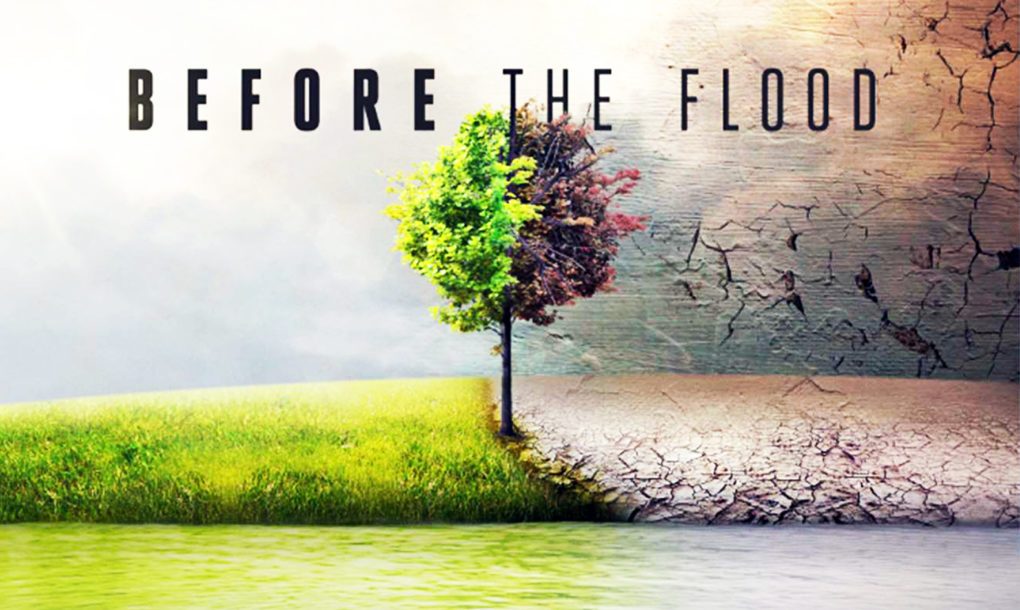 Here at the Carbon Literacy Project we’re constantly looking for educational resources to include in the many iterations of the learning that our partners deliver. In Leonardo DiCaprio’s film ‘Before The Flood’ we might have found the best yet.  In fact, I challenge anyone to watch it and come away un-moved and motivated to do far more to tackle climate change.

DiCaprio merges authoritative science with a well crafted personal narrative and scatters the film with speakers as varied as Barack Obama, Michael Mann, the Pope, Johan Rockström and the extraordinary NASA astronaut Piers Sellers.   To some extent he re-treads the big issues – melting polar ice, burning rain forests and bleached coral – but it’s the micro view that often hits home even more.  Having to suspend filming on The Revenant because the winter snow melted in northern Canada and Piers Sellers telling of his terminal pancreatic cancer – these and stories like them cut through even the most tried doom-fatigue.

The result is both authoritative and moving – the latter both in fear for the fate of the planet as well as determination to do more.  A friend said that the film left her in mourning for the planet, and I can see where she’s coming from as the scale and imminence of the threat we face is clearly laid out.  But mourning paralyses, and I feel that the documentary is fuel – for anger and the level of strong motivation we all need to break out of our comfort zones and do more.

The interview with Barack Obama is another highlight as the President also merges the factual and the personal – not underplaying the threat but concluding by saying,

“If we keep pushing, keep prodding [governments] and most importantly keep educating the public there’s no reason why we cannot solve this problem in time.’

We take that as an endorsement of our work here.

Limiting climate change is surely the fight of all of our lives – and in Before The Flood we’ve been given an exceptional tool in that struggle.  Let’s get out there and use it.

[The film is on YouTube until 7th Nov, and hopefully elsewhere thereafter – check the website for details].