Carbon Literacy In the Area (of Salford) 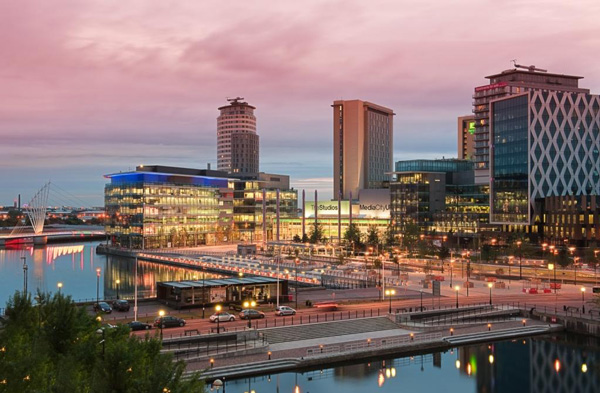 Today, The Carbon Literacy Project launched our first area based consortium in Salford at the BBC, MediaCityUK.  We have previously had success with sector-based consortia pooling resources to roll out Carbon Literacy but until today we have not tried an area-based approach.  Salford is the right place for this as the home of some exemplary Carbon Literate Organisations and the strong leadership on climate change offered by the City Council and the City Mayor, Paul Dennett.

For those of you who attended the event, thank you for your participation and engagement, and those who unfortunately couldn’t make it, here is a quick rundown of what happened.

Paul Dennett kicked off by emphasising the importance of climate change as an issue and how Carbon Literacy is a solution. He spoke of its relevance to the citizens and businesses of Salford before ending on a positive message of bringing people together evoking the tradition of the Spirit of Salford.

Louise Blythe from the BBC Academy spoke of how Carbon Literacy has generated change in office culture at the BBC and has seen the emergence of green initiatives, such as Meat Free Mondays and renewable energy being used to power the offices of BBC North’s buildings.

Managing Director of Cooler, Dave Coleman briefly outlined what Carbon Literacy is all about and talked about the many achievements of the project over the past few years.

To further demonstrate what can be achieved through Carbon Literacy we then had five speakers with first-hand experience, who talked of its importance and the benefits the project can bring to their organisation.

Stephen Wild, Managing Director of MediaCityUK, made the business case for Carbon Literacy. He spoke of how early success – e.g. creating the world’s first BREEAM Excellent Community – persuaded him to make Carbon Literacy a requirement for all new staff. According to Stephen, the project has driven team spirit, prompted changes to how operations and facility management is conducted on site and has encouraged the development of grassroots sustainable projects.  His team have also trained tenants and suppliers.

The CEO of Great Places Housing, Matthew Harrison, explained how Carbon Literacy plays into their corporate model of “profit and purpose”. He talked about how most of their tenants, who are in relative or absolute poverty, are going to be disproportionately affected by climate change, such as extreme weather events like flooding. He argued that through energy-saving measures, his clients can save money on energy bills and tackle climate change. He also proudly told of how Great Places have become a Silver Carbon Literate Organisation with 350 Carbon Literate staff members.

Diane Crowcroft, Deputy Chief Officer of Broughton Trust, spoke of how they have rolled out Carbon Literacy into schools, colleges and community groups around Salford and how positively it has been received.

The Editor of the iconic BBC Children’s programme Blue Peter, Ewan Vinnicombe, reported that all of the Blue Peter staff are Carbon Literate. He then showcased the new Green Blue Peter badge, which is produced in a solar-powered factory in Cornwall and is made from recycled yoghurt pots.

The final speaker, Alice Webb, Director of BBC North, praised the benefits of Carbon Literacy in bringing about action on sustainability and called on organisations in Salford to work together on this.  She also told delegates that her own Carbon Literacy training was some of the very best training she’d ever received.

Afterwards, participants were asked to discuss in their tables the questions, ‘What needs to be done?’ and ‘What is my responsibility?’. After some excellent and encouraging conversations and a brief feedback round, the Mayor ended the morning with a call to action and urged delegates to embrace Carbon Literacy in their organisation.

Watch this space for news of how the Consortium now takes shape.