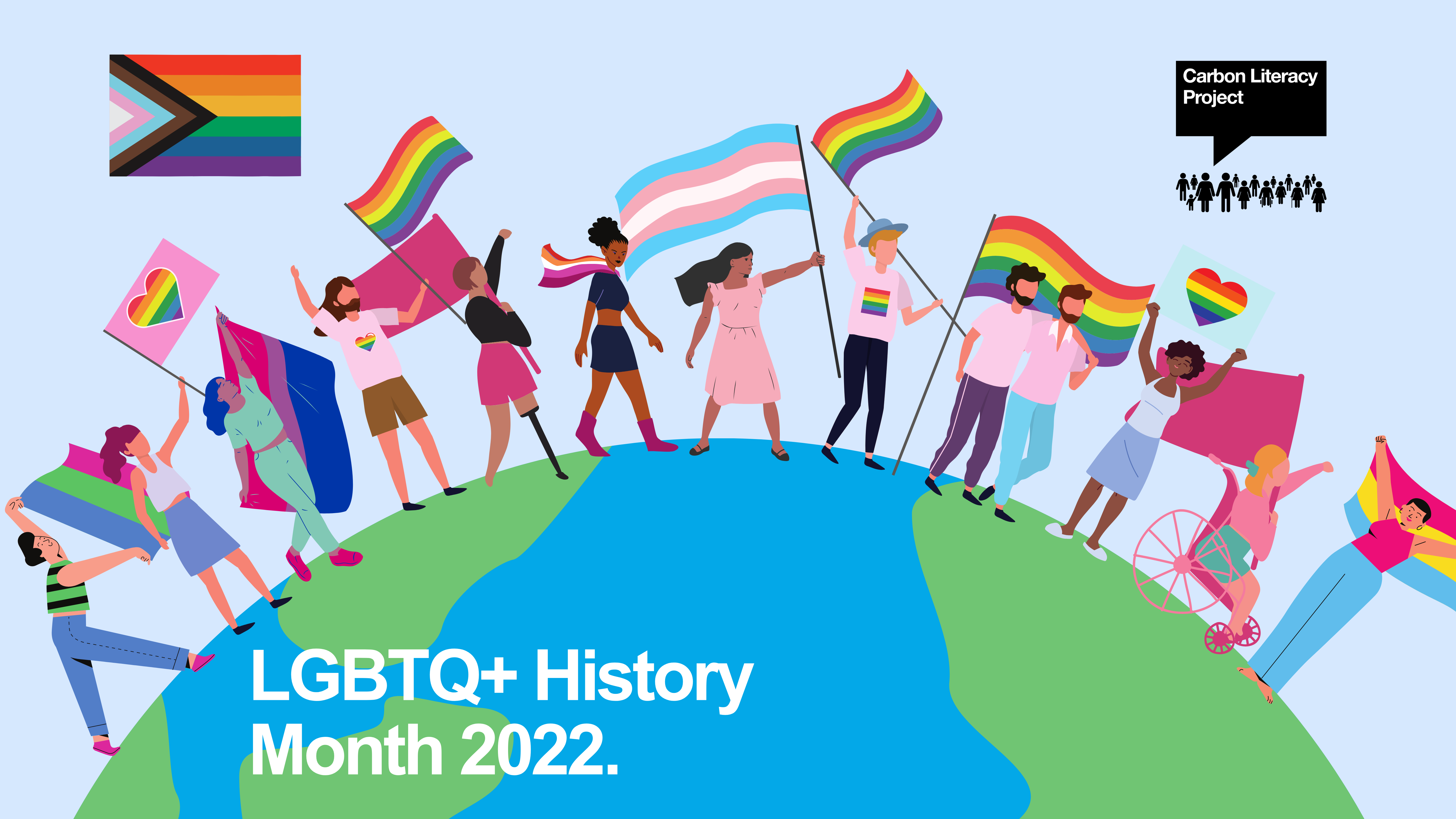 February marks LGBTQ+ History Month. This coincides with the month in which the Parliamentary Act (1988) that bans ‘the promotion of homosexuality’ in Local Authorities and Schools was abolished, in 2003. This month is crucial in drawing attention to LGBTQ+ role models, achievements and civil rights movements. It is also an opportunity to reflect upon the incredible work of the LGBTQ+ community in the environmental sphere, seeking to combat the underrepresentation within the environmental sciences/movement.

Within our own organisation, we are diverse in gender and orientation so, naturally, we want to celebrate historically under-recognised members of the LGBTQ+ community who have led, and are still leading, significant environmental projects and campaigns.

Spotlighted below are just a handful of inspiring LGBTQ+ environmentalists from the last century.

“The more clearly we can focus our attention on the wonders and realities of the universe about us, the less taste we shall have for destruction.”

Rachel Carson was a multi-million selling nature writer, ecologist and marine biologist. Her life was devoted to nature, achieving a degree in Marine Biology and a Masters in Zoology. With a career spanning 15 years, Carson became the second woman in history to be hired by the US Bureau of Fisheries, before leaving to focus solely on writing. Bold and daring, her most famous book, ‘Silent Spring’, challenged the chemical pesticides harming both ecological and human health. Without Carson’s influential work, the Environmental Protection Agency (EPA) would not exist.

A prominent LGBTQ+ rights lawyer, Brooklyn-born David Buckel was named as the ‘architect for the freedom to marry and marriage equality movement’. In addition to advocating for the rights of the LGBTQ+ community, he was also an environmental activist, creating one of the largest composting sites in the US. This site was powered by wind and solar energy alone, processing 16 tonnes of organic waste per month!

Tragically, Buckel died protesting the US environmental policies via self-immolation – an extreme attempt to draw attention to the early deaths caused by the burning of fossil fuels. This final protest sadly hasn’t led to the rapid defunding of fossil fuels, one of the key intentions behind the act. You can read more here.

“The mission is to start solving the problem, not just to study it.”

You may have seen the recent Netflix documentary ‘Chasing Coral’, which features this pioneering scientist. Climate change causes ocean warming and acidification – the main contributors to the destabilisation of coral reefs. Consequences include coral bleaching, thermal stress and the inability to grow in harsher conditions. Gates dedicated her life to coral, relocating to Florida and pioneering more resilient species that are able to withstand these conditions. She was the first woman to become the president of the International Society for Reef Studies, directed the Hawaii Institute of Marine Biology in Manoa, not to mention the countless research papers published in her name.

Richard Summerbell is a well-cited Canadian mycologist (a scientist that studies fungi), with three published books in addition to over 150 scientific journal articles. Fungi are present in essential forest microbiomes and help trees to absorb carbon dioxide emissions at a faster rate. Summerbell also played a large role in de-stigmatising subjects like AIDs, views of promiscuity and homosexuality in religion, involving himself in the LGBTQ+ liberation movement during the 70s and 80s. He also co-hosted the Canadian radio show, ‘Coming Out’, during this period.

“This is what I want to do – not just protect the environment, but protect people.”

A graduate of Vermont Law School and now Chief of Staff for the Sierra Club, Lindi Von Mutius champions the creation of space for marginalised communities within the environmental movement. She does this through her platform, Out4Sustainability, and advocating for legislation that combats systemic inequality. This is especially important, as evidence shows marginalised communities are more likely to be vulnerable to the effects of climate change, so their voices are vital.

A Better World for All – We would not have the breadth of knowledge, research and action available to the environmental movement today, had the scientists celebrated in this blog not worked relentlessly under the weight of adversity.

Whilst we work together to reduce carbon emissions, mitigate and adapt to climate change, it is imperative that inclusion is prioritised, redefining how we see and treat the world, as well as each other.

We are currently working to increase the diversity of our team here at The Carbon Literacy Project by identifying barriers then addressing them. If you are a member of the LGBTQ+ community, or another group within society that needs stronger representation within the environmental movement, and are interested in working with our team, you can keep an eye out for job openings, with ourselves and our partner organisations, or apply to one of our placement or volunteering roles.

See here for another blog that explores the intersection of LGBTQ+ liberation and climate justice.