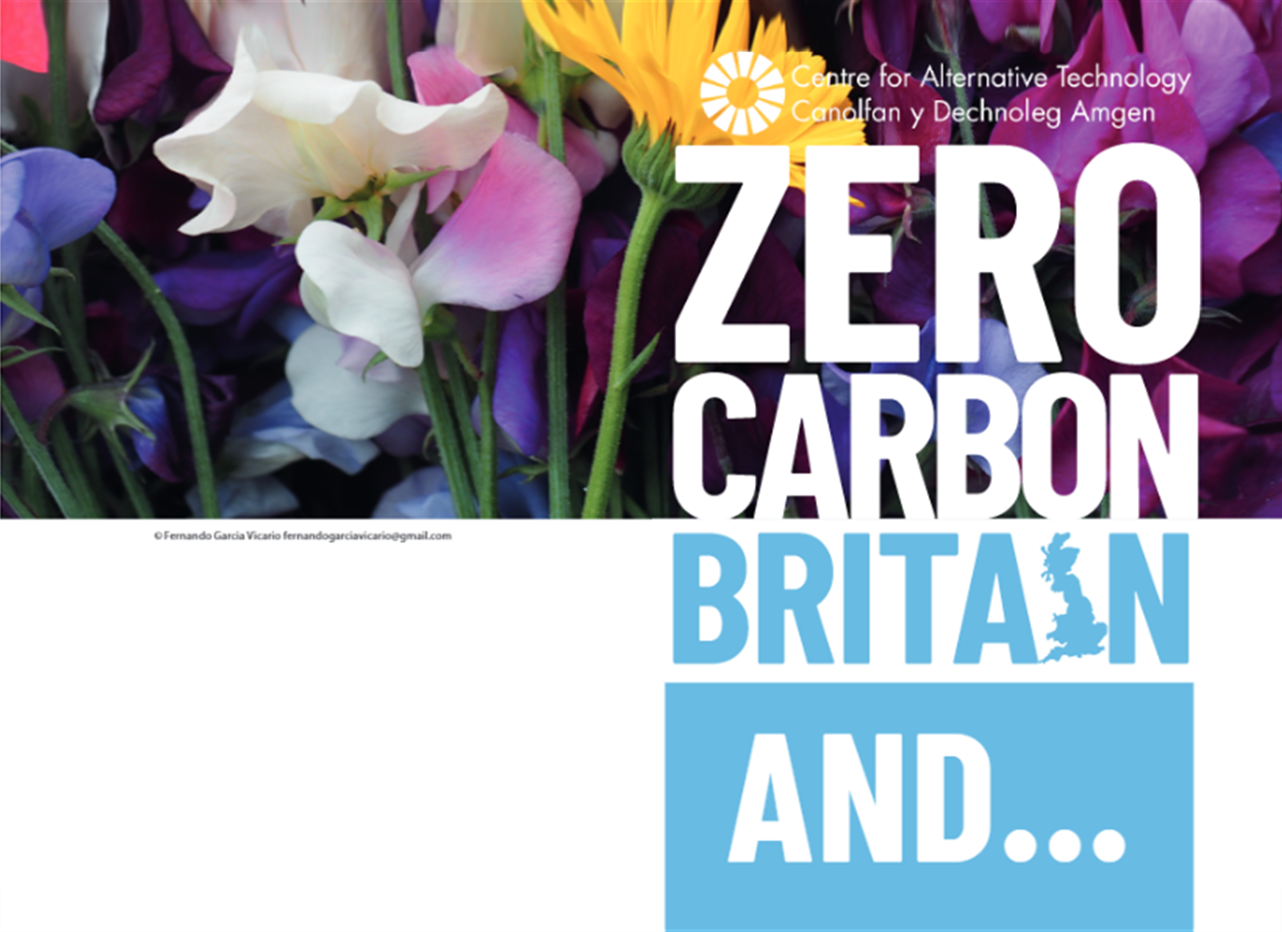 The Center for Alternative Technology recently published ‘Zero Carbon Britain and’ – a series of independent thought papers on rising to the climate emergency. Topics included are:

And last but not least…

In an emergency, you have to mobilise the community affected by it – whether it’s a family trying to put out a house fire or a planet-spanning civilisation facing extinction. Such mobilisation can be achieved by diktat or by education and empowerment. The latter is surely more effective. Indeed, the peril of diktat without engagement is grimly shown by France’s gilets jaunes.

‘Carbon Literacy’ is a shareable tool that any organisation or community can use to mobilise its people with education. It’s an adaptable framework for a day’s worth of action-based training on the ‘whys and whats’ of responses to the climate catastrophe. Its adaptability is to ensure that it’s always relevant to the people in the room – both in terms of framing and the appropriateness of the suggested responses and training methods.

Invented in Manchester by Cooler Projects CIC, The Carbon Literacy Project is now owned by The Carbon Literacy Trust. The Project exists to facilitate the take up of Carbon Literacy by employers, communities, schools and universities. The team do everything but train – encouraging take-up, supporting its advocates, mentoring the design of Carbon Literacy training and ensuring the quality of delivery through its accreditation process. They have certified over 10,000 people in nine nations as well as some 40 organisations – this on top of being recognised as unique at the Paris climate summit in 2015.

The first Carbon Literate television production team is Coronation Street where the training has been the foundation of the ‘greening’ of the entire filming process – right down to being renewably powered and the reuse of props. The first Carbon Literate museum is Manchester Museum where all the staff have been trained – and Museums Development North West have trained dozens of other museum staff across the North West. This Carbon Literacy ‘cascade’ ended with the Dove Cottage Wordsworth museum in the Lake District village of Grasmere staging a Carbon Classroom for its adult residents – which was led by the village’s primary school children as a result of their Carbon Literacy lessons.

A lot of the Project’s work is about getting key organisations to take up Carbon Literacy and this often involves conversations with leaders to get climate change ‘framed’ in their professional priorities. The Chief Constable of Greater Manchester, Ian Hopkins, was part of one such conversation: when asked what happens in his job when it’s a hot day, he said, “I get more trouble.” When asked what he meant by that, he said, “More violence and more stealing – and there’s data to back that up.” And when asked at what temperature that phenomenon starts at, he quickly replied, “18 degrees.” Ian Hopkins wants no more hot days on his beat than he has at the moment and is planning the roll-out of Carbon Literacy for his force.

Once someone ‘gets’ Carbon Literacy, they can adapt the way they work. One council treasurer was recently faced with tough air quality targets plus the task of buying a new fleet of 30 bin lorries – but he’d also just become Carbon Literate. The trouble he encountered was that there simply aren’t fleets of EV or hybrid bin lorries to be bought – for now. The treasurer, therefore, changed his procurement framework to allow for the purchase of five trucks now, with reviews at three-yearly intervals to access the best green technology available at later times.

All Carbon Literacy training is designed to comply with the Carbon Literacy Standard. Its learning outcomes include the science of the carbon cycle and the greenhouse effect, the likely scenarios stemming from inaction, and some of the basics of climate mitigation. They also include the ability and motivation to talk to others about the issue. There are guidelines on methodology to ensure relevance, collaborative enquiry and peer-to-peer learning. The training has to conclude with learners devising significant actions to contribute to carbon neutrality. Training devisers are also offered ‘ blank pages’ where they insert content that ties climate action to the core priorities of their organisation or community. It might seem like devising such a programme is a big task, but the Project exists to make that as easy as possible – introducing newcomers to practitioners and enabling them to use the Carbon Literacy Course Construction Kit.

The Project also supports networks of participating organisations – it does so by sector, such as those in social housing, broadcast/film and the cultural sector, and by area, such as the Salford Carbon Literacy Consortium. It was at the latter that ZCB was introduced with a presentation by Paul Allen. There is also a training consortium linked by email and with occasional meetings called the Carbon Literacy Pioneers.

Our ideal Carbon Literacy process starts with creating a ‘penny drop’ moment with our learners – that moment when the climate breakdown moves from the screen backdrop into people’s reality, framed with their priorities – and into a place where there’s not only motivation to act but the support to do so. When people get to this stage they also want to know if ‘it’ can be done – the ‘it’ being achieving carbon neutrality, and that’s where the Zero Carbon Britain report comes in.

It’s easy to be overwhelmed by the task ahead, which is why it’s so vital to be able to say, ‘we can do this’, and point to the evidence that it can with the tools already at our disposal. This is why the ZCB reports are recommended to Carbon Literacy trainers as a learning resource that they can use in their work. Of course, it’ll be a rare learner that can implement ZCB proposals at scale, but knowing that they’re there – and why they’re so necessary – completes the picture for the Carbon Literate.

Carbon Literacy can be used by any group to engage their people and will soon be making its way across the UK public sector as part of a government-funded initiative to enable many of its constituent parts to start their own Carbon Literacy programmes. The Public Sector Carbon Literacy Toolkit will cover central and local government, the NHS, emergency services and universities. It will create a raft of free, off the shelf courses and training materials for the relevant sectors, as well as some trained trainers, advocacy materials and evidence of outcomes. Pilots are underway at the time of publication, with full resources available around the end of 2019.