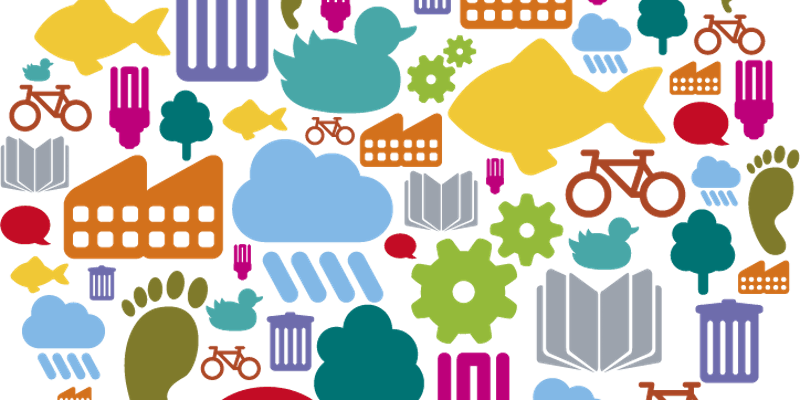 Setting the scene…
The Carbon Literacy Project runs on connections. As a tiny not-for-profit project with huge/global ambitions we can only ever work through networks. It would be fantastic if we could just drift from willing organisation to willing organisation but we have to focus on being strategic – building capacity and then engaging our targeted networks… and only doing this when we have the capacity to deliver. So, foundation building has been a major part of our work over the last year, and in March we had a solid week where this foundation building came together with quite the bang.

Monday
We have been working with Manchester Metropolitan University (MMU) since the start of the Project, and on Monday we presented CLP to their Board Of Deans. This is the level at which support from the Vice Chancellor, Deputy Vice Chancellors and the ad hoc projects delivered by our various champions within MMU had the chance to cohere into scaled up delivery across the Faculties. A ten-minute Powerpoint presentation left time for discussion which mixed approval with acute questions over how CLP will work on the ground. We were struck by the warmth of the reception and the insight the Deans showed about how CL will help them deliver to their core objectives. And best of all we’ve got a string of one-to-one meetings lined up with the Deans to take things further. One question that we’ll be asking is what they think a Carbon Literate University looks like.

That afternoon we headed off to Bolton. Again, we’ve had ad hoc dealings there – with the Council, the College and their biggest social landlord, Bolton At Home. This was a meeting with the Deputy Principal, Sharon Marriott at Bolton College, with our long time ally Tim Barwood of Bolton At Home. The aim was to see if we can get Carbon Literacy accredited and on the Qualifications Framework. This way, colleges can pull down money to offer the free CL training to people on benefits – a very achievable scenario. The highlight of the meeting was Sharon telling us about how their CL pilot sessions had worked with tenants, many of whom are facing challenges over their living costs. The CL taster focussed on energy efficiency and was such a success that over half of the learners then took up advice on debt management and insulating their homes. A great result for Social Return on Investment.

Tuesday
Tuesday morning saw Phil attend the Manchester Leaders Forum. As attendees gathered, the CEO of St Vincent’s Housing, Charlotte Norman, came up to him just to tell him how much she’d got from her first CL session just the week before. St Vincent’s are part of the CL4RPs consortium and had generously provided the venue and lunch for our four-day Train-the-Trainer programme but this was their first round of staff training – and they’d started at the top with the management team. We think this is the best way for CL partners to start – to make sure that their newly Carbon Literate people can be supported in the CL actions they devise as part of their training. It was fantastic to hear such un-prompted enthusiasm from a Manchester Leader.

Wednesday
CL Project Workers, Parisa and Mariana swung into action with balloons and ribbon for a re-run of our Big Carbon Balloon Game at MMU’s Sustainability Fair. Passers-by were asked to guess the footprint of various everyday actions – they guessed, a balloon was released and the length of ribbon revealed to the player the carbon footprint of that thing or activity. We had a great response, including one student who played the game and then asked what carbon footprints had to do with climate change.

Thursday
Phil met Manchester City Council’s Executive Member for the Environment, Councillor Kate Chappell. Kate’s an experienced social entrepreneur and so really understands our constant challenge of trying to achieve loads with only a little in the way of resources. Kate was full of good ideas for us – including a briefing for her fellow councillors on how to introduce CL to school governing bodies, as so many of them are schools governors. This is particularly good news as the CLP has just secured funding to create school packs for teachers to deliver CL to Key Stage 2 and 3 pupils. (Watch this space.)

Meanwhile that morning, Dave was meeting the Deputy Commissioner of Greater Manchester Police, Jim Battle, who immediately understood the relevance of CL to the GMP. He sees it as part of their duty to “serve their communities and ensure their well being.”

Friday
Which brings us to Friday, and our presentation to the Greater Manchester Low Carbon Hub. Their lead officer, Mark Atherton has been a supporter for a long time, and Phil was lucky enough to meet with their new Chair, Stockport Council Leader Cllr Sue Derbyshire, last week. The Board also includes CL Trust board member and chair of the CL4RPs Working Group, Northwards CEO Robin Lawler, and BBC Academy Executive Producer Louise Blythe – both heavily involved in developing CL with their people. So, we had reason to expect a warm landing. It was Dave’s turn to present, and, importantly for this audience, he took time to ‘deep dive’ into some of our partners’ work. Immediately the Hub Board came back with astute questions and constructive challenges and our time ended with the Chair suggesting a very exciting route to scaling up the CLP across Greater Manchester. Sadly, we’re not yet at liberty to give further detail on that, but it’s safe to say we’re very excited about how the Hub has identified a means by which CL can further fulfil its potential across the city region.

Phew. Not at all bad for a weeks work. As before, watch this space…