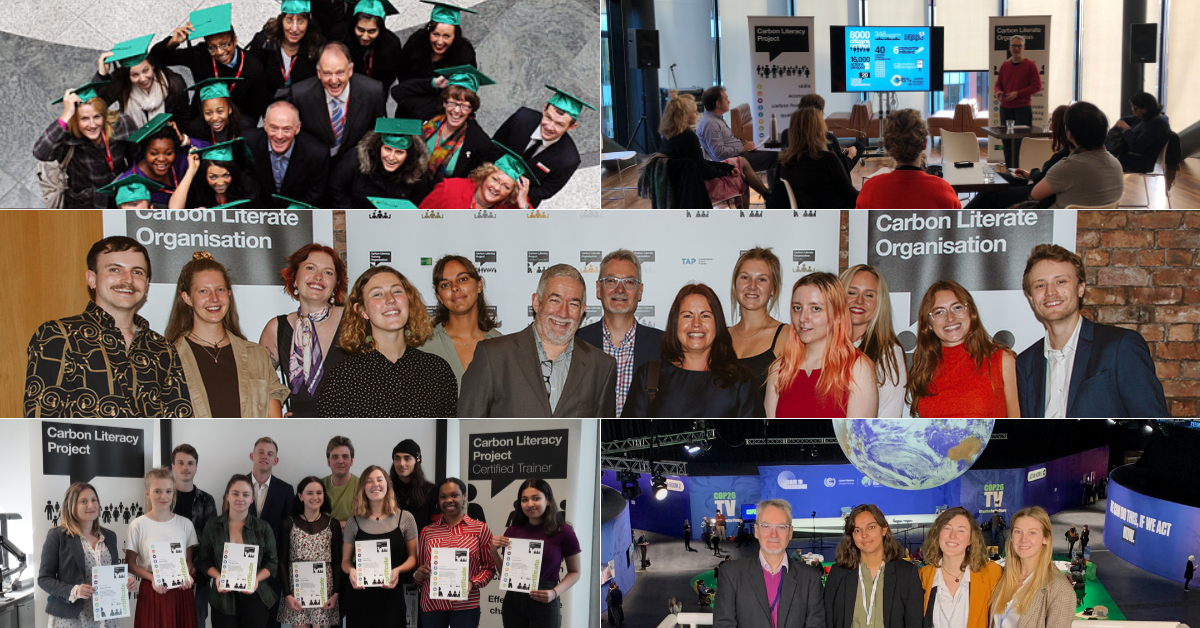 As of 30th October 2022, The Carbon Literacy Project is officially ten years old! To mark our 10th Anniversary, we’re sharing just a few of many highlights from throughout the last ten years:

2012
The Carbon Literacy Project was launched with an event at Manchester Arndale, where the Vice-Chancellor of Manchester Metropolitan University awarded the first 50 Carbon Literate citizens their certificates.

2015
Carbon Literacy gained global recognition from the UN at COP21 as a TAP100 – one of the top 100 responses the world has in order to tackle climate change.

2017
We hit and surpassed 5,000 learners certified as Carbon Literate! Carbon Literacy went international, with the first training outside the UK taking place in France. We also became a 1% For the Planet environmental partner.

2021
We hosted the first-ever Carbon Literacy Action Day as part of an extensive programme of online events for COP26, which we also attended in Glasgow as an official Observer organisation. We reached 20,000 Carbon Literate citizens (and closed the year painstakingly close to 25,000)!

Now, just one year later, we’ve certified over 43,000 citizens as Carbon Literate who have pledged over 86,000 actions to cut carbon emissions – saving an estimated equivalent of over 154,920kg of CO2!

As a Project, we can’t wait for what the next ten years will hold – hopefully, an even faster rate of expansion of Carbon Literacy. Indeed, we feel strongly that a positive future for the planet depends on it.

Want to re-visit more of our major milestones from throughout the ten years of Carbon Literacy? Catch up with our 10th Anniversary Stories. Scroll down on the linked page to find them all in one place.